India’s Most Interesting And Unique Hotels And Stays

India is famous for its stunning palaces and exquisitely decorated havelis, many of which have been transformed into private oases for holiday-makers who want to live like a maharaja. There are also many hidden secrets across the vast sub-continent, here are some that we think are the more interesting and unique hotels and stays. 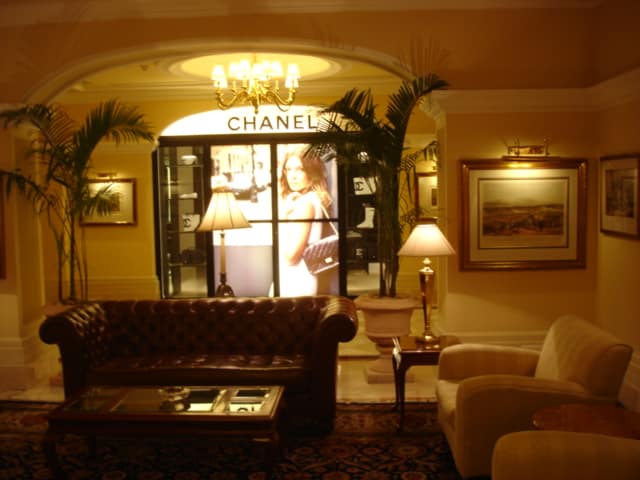 The Lounge at the Imperial Hotel. Photo courtesy of David Lisbona via Flickr

Imperial Hotel, New Delhi: In the bustling heart of the city, a stone’s throw from Connaught Place, sits the 1931 Imperial Hotel. What sets it apart from numerous other five-star hotels in the city is that it is independently-owned, and maintains its heritage well. With gleaming marble floors, teak and rosewood furniture and trims, expansive gardens and an exclusive spa, the Imperial’s grandeur is unparalleled. In particular, with an owner who is a passionate collector of artworks,traditional paintings and sketches line every hallway and in each room. The Imperial is particularly popular for its Sunday afternoon tea, which is served in a light-drenched conservatory off the main ground floor hallway. 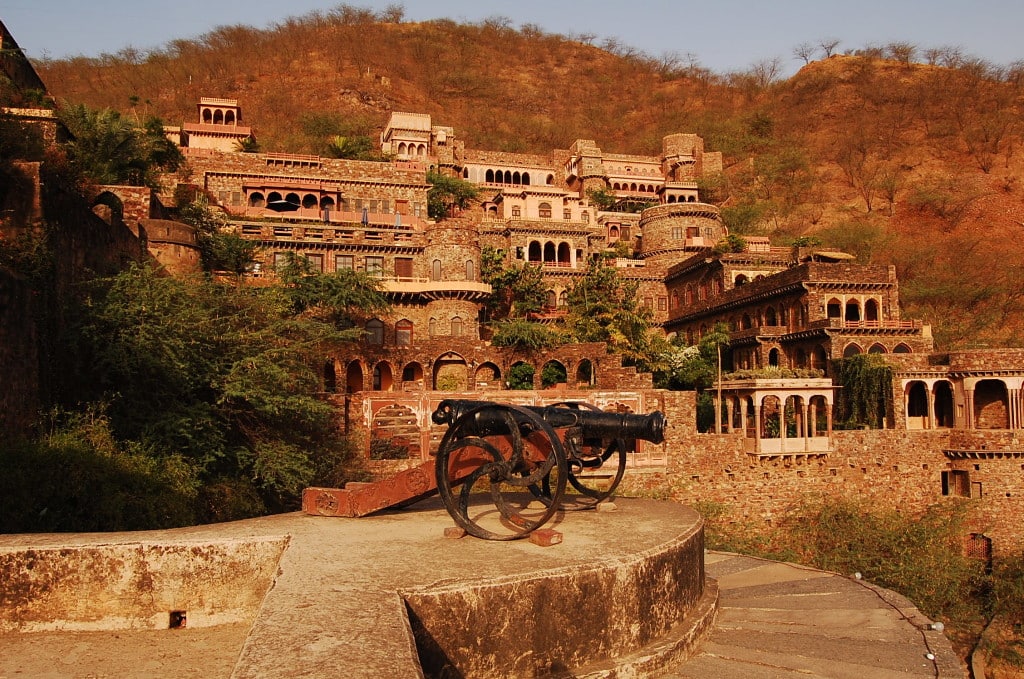 Neemrana Fort Palace, Neemrana, Rajasthan: In the dusty northern Rajasthani plains, a few hours’ drive south from Delhi, lies the town of Neemrana, overlooked by a 13th century hilltop fort. In 1991 the fort was opened as a hotel after a painstaking resoration, and now it is one of the favourite destinations for city-weary weekenders. It has been added to over the years but retains its ancient look and feel, and is full of nooks and crannies to explore.

Shakti 360 Leti, Kumaon district near Almora, Uttarakhand: Nestled at an altitude of over 7,000 feet in the lower Himalayas, Shakti 360 Leti is an indulgent mountain homestay – but one with a catch. It’s aimed at trekkers and so is located remotely: the only way to reach here is a one-hour walk along a narrow track, and that is after a long car ride from the train station and an overnight train from Delhi. But those who come are handsomely rewarded with four futuristic glass, wood and stone cabins, designed by top Mumbai architect Bijoy Jain. In addition you’ll see jagged white peaks, all around. Combine a stay with a trek by Kumaon Village Walks. 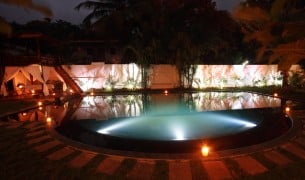 Siolim House, Bardez, Goa: While most of the action in Goa happens close to the shore, there is a lot to see and experience in the inland towns as well. One that’s increasingly popular is Siolim, close to the Chapora River. Here, a gem of a hotel is the 17th century Indo-Portuguese casa palacio of Siolim House. It once belonged to the Governor of Macau, but was abandoned and left to ruin, before being restored with an inordinate amount of attention to detail – in fact, it’s earned a UNESCO heritage award. There are windowpanes made with mother of pearl, while the walls are in a traditional shell and lime plaster. Rooms have beautiful tiled floors and high-beamed ceilings, and there is a slate-lined swimming pool.

Discovery, Lake Vembanad, Kerala: There are hundreds of boats plying the scenic and serene backwaters of Kerala, but Discovery is arguably the finest. It is part of the Malabar House group of properties, and boasts contemporary design and silent motors – a huge advantage over its noisier competitors. The boat is narrower than others, meaning it can slip away from the crowds and explore some of the smaller canals. Discovery sleeps 2-4 people so is ideal for small families, and also has air conditioning.