The Best Tiger Parks In India

Nothing is more mesmerizing than the glimpse of a streak of gold hiding behind a tree. The anticipation of hunting a tiger, while you know that you could be the one being hunted, is the stuff that makes the hairs on the back of your neck stand up. Home to almost half of the world’s tigers, India is the best place to see these magnificent beasts in their natural habitat. There are plenty of tiger parks in India, but they’re not all created equal, so choosing the right one isn’t always that easy. Here’s our pick of the best tiger parks in India. 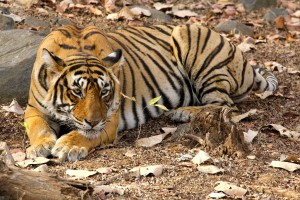 Ranthambore National Park is located a couple of hours from Jaipur, and is famous for being one of the hunting grounds of the Maharajas of Jaipur. With its regal heritage it’s no surprise that it’s popular with wildlife photographers. `You’ll pass deserted forts, slip between the trees, and search for the tiger as she stalks her prey.

Nestled amidst the jungle is the luxury of the Oberoi Vanyavilas where you can rest under finely embroidered canopies before waking up early to head out on a morning safari. The best chances of seeing a tiger in Ranthambore are in April and May.

If you’re short on time and want to make sure you have the best chance of seeing a tiger then Bandhavgarh, with the highest density of tigers in India, is the place for you. While tigers are the main attraction here, you also have the opportunity to experience the small village of Tala where you can see what life is like in the rural villages of Madhya Pradesh. Bandhavgarh National Park is also steeped in tradition, its temples and shrines make it a beautiful and spiritual place to visit. The best time to explore Bandhavgarh is between October and January.

One of Madhya Pradesh’s many famous parks, Pench was the inspiration behind Rudyard Kipling’s Jungle Book. Head into the misty jungle and hark the low grumble of the tiger’s growl as she hunts for her breakfast before retiring to the comfort of your luxury tent. In the afternoon head out to explore the local bird life that Pench is also known for. The local river is lined with nearly 200 bird species whose songs fill the air.

In the evening, relax alongside the river in your machaan (covered rooftop platform) at Baghvan Pench. It’s a beautiful place to relax in luxury while still feeling like you’re part of the jungle, from the outdoor shower to the shaded deck where you can enjoy a well earned sundowner. Pench is best visited between February and April. 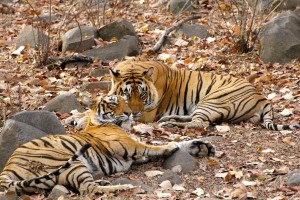 Tigers Resting in The Afternoon

The oldest national park in India, Jim Corbett National Park was established in 1936 to protect the endangered Bengali tigers. A haven for the striped cats, Corbett is also home to the gentle giants of the jungle, the wild elephants. There’s nothing more thrilling than getting up close and personal to a tiger on the safe protection of an elephant’s back. Set amidst the foothills of the Himalayas, Corbett is also a popular place to spot leopards, sambar and barking deer. To increase your chances of spotting a tiger, you can visit one of the watchtowers here and observe the wildlife from above, just take a good pair of binoculars with you.

The bet time to visit Corbett is from March to June. 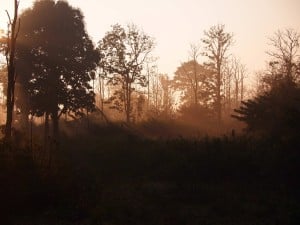 If you want to step off the beaten path and see tigers where few others choose to tread, then head south the Wayanad Wildlife Sanctuary. Nestled in north-east Kerala, there are fewer tourists and less luxury, but Wayanad is all about the animals. It’s not uncommon to see wild elephants roaming the streets surrounding the Park, meaning your safari starts long before you enter the reserve. Get lost in the dense thicket of the jungle in your morning safari, where you can see monkeys, bison and the elusive tiger roaming the open valley. The area surrounding Wayanad has some quaint bed and breakfasts, or visit from the nearby hill station of Ooty in Tamil Nadu.

Wayanad is best visited between October and February.